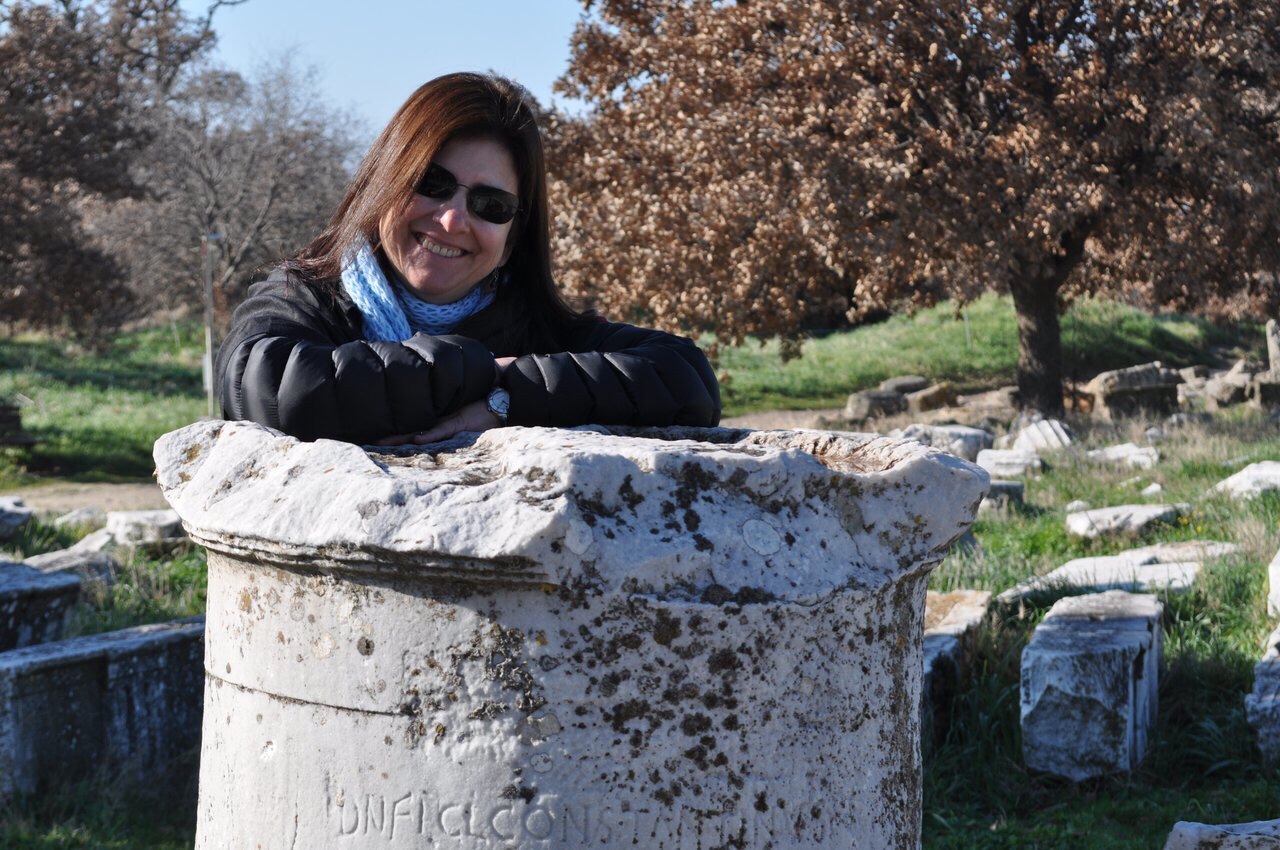 My next destination was Troy or Wilusa as the Hittites called the mythical place where Paris and Helen lived their love. The city was a central piece of Homer’s Iliad. The reason Menelaus of Sparta, supported by Agamemnon of Mycenae, went to fight, to recover his honour or to die. And no one would ever forget the horse – the Greek’s gift to the Trojans that supposedly led to the city’s downfall. Were all the words written by Homer, of events in Troy about 500 years previously, true? Was Troy an allegory or a real city? Was Helen the most beautiful woman in the world, or simply a representation of how the female was seen in the Bronze Age? I don’t have an absolute answer to these questions. Few people claim to do so.

I have felt a synergy with the Greek gods, and with Homer since I was ten years old. My mother had some books about the Argonauts, and my curiosity about mythology was increased while I was learning a little more about Zeus, Athena, Apollo, and all the Olympus Pantheon of gods and goddesses. In every place I visited before went to Turkey, I searched for pieces to insert into my Troy puzzle. The most consistent –  an exhibition where the History of Troy was explained, I found in Istanbul, in 2010, when visiting the Archaeological Museum. Now, for the first time, I was on my way to the place where Troy possibly existed, not once, but 10 times or more.

30 minutes’ drive from Çanakkale city, we arrived at the site of Troy. My heart was pounding. Are you able to understand how a writer feel, when one of the scenarios she has only ever previously imagined, suddenly materialises in front of her eyes? I don’t think you can. It takes you deeply, your mind spins and you lose the ability to translate everything into words.

Fırat was enjoying a çay while telling me his version of the Trojan War story, and what the city had been like around a thousand years ago. I was a very different audience from those he was used to. For the most part he worked with schools and his ‘public’ were teenagers. Emphasising the romantic and heroic side was paramount to capturing that audience. The version he told contradicted most of the archaeological research I had read about Troy, but I chose not to argue, each person has their time to learn.

In antiquity, Troy, or Ilion (Greek), or Wilusha (Hittite), or Truwisha (Hittite) or Truva (Turkish), was an archaeological site situated in the far northern part of the region known as Asia Minor. The present day location is known as Hisarlık and was added to the UNESCO World Heritage list in 1998. The site is well preserved, and the first contact we had with the history of the place was by visiting the information centre. There you can find information about the men who excavated the remains of the city.

Everything began in 1865, when an English archaeologist called Frank Calvert, excavating a field he had bought from a local farmer at Hisarlık, found the remains of ancient ditches. In 1868, Heinrich Schliemann, a wealthy German businessman and an amateur archaeologist, also began excavating in the area after meeting Calvert in Çanakkale. Schliemann was at first sceptical about the identification of Hisarlık as Troy, but was persuaded by Calvert and took over Calvert’s excavations on the eastern half of the Hisarlık site, which was on Calvert’s property. These revealed not only one city, but ten. Using Homer’s poem as a guide Schliemann began to feel confident he had found the city of Ilion (Troy) referenced in the poem.

If the story told in the Iliad is correct, the city guarded the precious “Priam’s treasure”. The possibility of gold and jewellery awoke the greed in Schliemann who decided to accelerate the excavation using unscientific methods. You can see in the information centre, Schliemann’s wife wearing some of the jewels found at the site.

Later, scholars from different German and Turkish Universities took over direction of the excavations. Using modern knowledge and techniques for dating geological layers and objects, they concluded that, if Hisarlık was the place where Homer’s Troy existed, it was most likely to be the city they had found on layer VII.

The site is large, but you only can access part of it. While visiting Troy, take a moment: close your eyes and imagine how the geography was in the past. There was a harbour right there where boats coming from the other city states, in what we know today as Greece, docked during their journeys to trade with cities in Anatolia. Visualise the women going to the market to buy food, jewels, perfume, or the men ready to embark on ships to go to battle or on a long trade trip. Think about the walls surrounding the city, and how life inside those thick and tall rock walls would have been. It’s possible you can feel the echoes  from the past, the individuals who lived, loved, dreamed and died here.

Finally, remember Helen and Paris. Could a woman be the cause of Troy’s destruction? I suspect it probably was not. If we observe how the world is now, you will see the most likely reason that the Trojans and the Greeks went to war was for power, trade, wealth and the overriding desire of humans  to impose their culture on others.

I left Troy behind, following a beautiful road, crossing the countryside. My next stop was a place near the sea, where a temple nested atop a hill. Assos was waiting.